Making the Case for Great Design The Spark

EarthLinked Technologies uses the Earth’s own stored energy as the basis for their innovative, clean energy heating and cooling systems. Their refrigerant-based system is significantly more effective than conventional systems and requires as little as 1/10 the space. This means that while Earthlinked’s system can handle the demands of an industrial complex it also can function in a space as small as a backyard.

Earthlinked had been in business for over three decades and has an established reputation in the market. However, time had come for Earthlinked to embrace an evolving market. With a bold new vision, the company set out to transform itself from a niche manufacturer selling one to two high-end units a month to a large-scale operation moving 10-15 thousand units annually.

This vision meant re-evaluating not only their product’s function, but also its form—specifically, the enclosure. The enclosures of most comparable systems are little more than non-descript metal boxes pockmarked by external fasteners and defined by hard, utilitarian lines. EarthLinked realized that using off-the-shelf casings was as effective as putting their state-of-the-art system in a drafty house. It would be a waste. Its appeal to the market and impact on the industry would never be fully realized.

To achieve their ambitious objectives, Earthlinked needed a design studio that understood materials, manufacturing and marketing as well as great design. ROBRADY brought all this to the table as well as a proven track record for driving award-winning products to market.

Working together closely, EarthLinked and ROBRADY took the new case through a robust design process, integrating input from all the different stakeholders: service technicians, consumers, the assembly group —even the company president. From such a comprehensive, iterative process, the new design began to take shape.

ROBRADY tackled the aesthetics of the typically spartan enclosures of comparable heat pump systems by broadening their gaze to include the designs of modern home appliances—large, utilitarian devices that enhanced the look of their environment even as they functioned within it. The ROBRADY team also looked at servers, 3D printers and smaller domestic appliances. Taking their style cues from a wider range of devices led them to replace corners with curves and add features such as copper accents, bringing the enclosure’s visual impact to par with the system’s technical performance.

Yet, effective design is about function as well as form. The new design needed to meet the needs of not only the consumer, but also of the manufacturer and the service provider. To simplify maintenance needs, ROBRADY removed the traditional fasteners from the enclosure redesign. Fasteners, with time and servicing, often get lost or simply forgotten. Gradually the panels fall out of place, creating a poorly maintained appearance and exposing the internal system which shortens the system’s lifespan. ROBRADY’s solution of two quick-release buttons on the back of the case and concealed latches on the side panels gave technicians greater access for maintenance while preventing access to any unauthorized personnel.

For the consumer, ROBRADY added handholds that enhanced the appearance and made the units (some weighing over 130 pounds) easier to transport. Also, added soundproofing meant a run-quiet performance, particularly desirable in residential environments.

The new enclosure design also benefited the manufacturer by using scalable vertical sides that adjusted to accommodate various sized compressors. Eliminating the need for different sized enclosures not only strengthened brand identity but also streamlined production. Removable panels also made the unit easier to move and to ship without damage.

Though EarthLinked had been delivering a technically exceptional product, Earthlinked knew there was room for improvement in sound design. Partnering with ROBRADY on the enclosure redesign, the company was able to integrate form and function and deliver a cohesive system ready to generate some serious heat in the market. 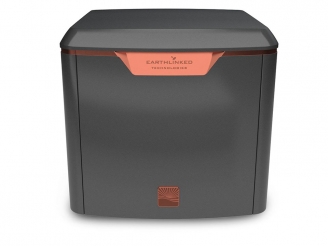 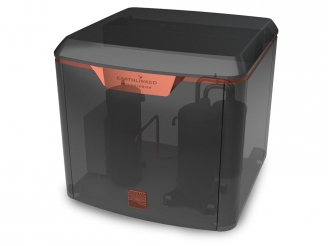 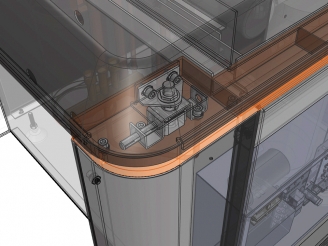 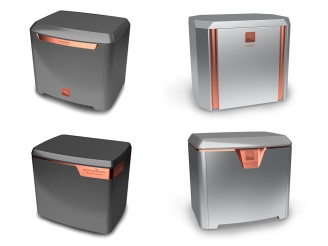