The power of collaboration

In record-breaking time, ROBRADY design helped to facilitate the unveiling of "the second generation of the world's first patented fuel cell/electric hybrid maxi-scooter" at the Fuel Cell Seminar.

Less than two weeks after Parker Hannifin turned to working partner ROBRADY--developer of the Vectrix eScooter design and thirteen functional prototypes--to request a packaging enclosure design for a production-looking fuel cell, the studio had received approval based on their concept illustration.

Approximately three weeks later, the mechanical design work was completed, the fabricated parts had been delivered to ROBRADY, and--with on-site assistance from Parker Hannifin, Vectrix Corporation, and Protonex personnel--final fitting and assembly was wrapping up prior to the shipping deadline.

ROBRADY's casing design features articulating handles that pull up and snap into place (in order to lift the fuel cell in or out of the scooter) and can be collapsed to allow the cell to fit securely under a scooter's seat. 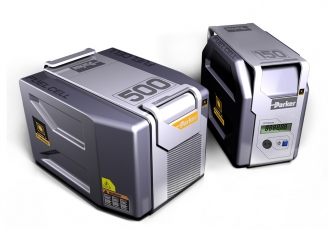 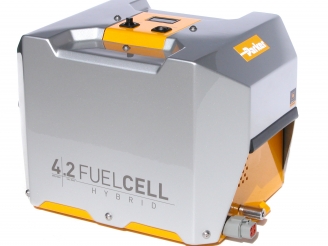 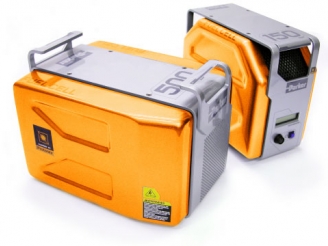 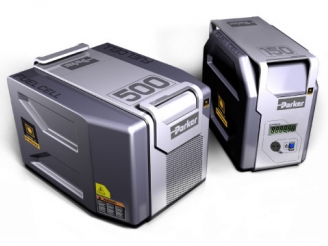